For the sake of science – what the future holds for scientists

Knowledge is one of the final frontiers of human superiority over machines. Our brains, and especially those of scientists, pop out new ideas that lead to “scientific knowledge”.

This is knowledge that can be reviewed by fellow scientists, is measurable, can be repeated and may be ‘falsified’, then basically corrected based on the same principles.

For the last two centuries – since the instalment of this method – we have seen scientists as beacons in our society and, in many cases, rightly so, as one of the core needs we have in life is to understand it.

Now, as with many other professions, machines are knocking at our door. Let’s dissect the profession of a scientist and see if machines are doing – or are going to do – a better job.

What a scientist really does during the day?

The day to day activities of the average scientist exists of three activities:

Being a scientist means you are an expert in the field, meaning that scientists need to read the scientific literature from their specific domain. One problem is that no one can read everything as there is just too much being put out. Thanks to the internet, however, researchers now have access to a global pool of knowledge.

To give you an idea about the vast amount of knowledge to process, in the US alone, a scientist in biomedicine is confronted with 4.000 new publications daily.

The cherry on the cake of the scientific profession: thinking of a new – to be tested – hypothesis which adds to the body of humanity’s knowledge. Once a research hypothesis has been defined, the research needs to be set up and executed, very often using statistical analysis.

To be considered as scientific knowledge, the outcome of the research needs to be shared with other scientists in the field so that they can provide feedback, work on improvements or retest the hypotheses for validity.

How do machines impact a scientist’s job? 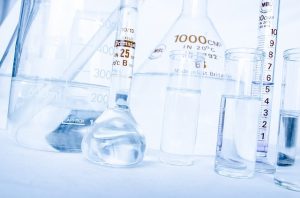 Text mining technology enables computers to process vast amounts of knowledge, like a human scientists would process this.

This technology assesses authority of the publication and sees correlations between each part of the research. This is in fact a great aid for scientists who need a ‘summary’ in their field of expertise.

We touch the essence of the profession when this software sees correlations that scientists don’t see, link it with other knowledge domains and formulate new research hypotheses themselves.

If the execution can be automated as well (statistical analyses are easily done with software) and conclusions can be drawn from these results, the only part a scientist needs to do is report about its results, that is, provided that automated writing software doesn’t do that for them, of course.

In case you were wondering, this technology has already existed for several years. One example is CRAB, a tool for cancer risk assessment that could help risk assessors move beyond manual literature review. It is only a matter of time before this technology can be applied in other fields of research.

A big Happonomy question to ask

Where does that leave us? One of our core human needs, “understanding” is up for grabs…

Therefore, we need to ask ourselves: what is the goal of science?  Is it the resulting body of knowledge, or the process of understanding, or maybe both? Do we want to remove learning and “a-ha moments” from our existence?

These answers will impact us tremendously. If we choose the former, expect to see neurochips with instant access to knowledge popping up during your lifetime.

Are you a scientist and do you want to contribute to the Happonomy? Then feel free to join our scientific research!