Modify What We Measure – An Alternative To GDP

You know what they say: “what gets measured gets managed”.

In our society today, economic measurements dominate the debate. We are talking about how much our economies grow, how much debt a nation has and what the employment ratio is. You may come up with some other economic metrics yourselves.

What we measure today – GDP

First, let’s look at what we measure today. At the core of the economic metrics is the Gross Domestic Product (GDP). Simply put, it is the turnover of a country or the value of all goods and services produced within a country’s borders.

To avoid confusion, this is not the production of all people with the same nationality. That is called the Gross National Product (GNP). So, foreign people living in your country contribute to the GDP but not the GNP of your country. Oppositely, your fellow countrymen living abroad do not contribute to your country’s GDP but they do add to the GNP.

The GDP initially requires correction for the impact of inflation because inflation increases the GDP without having any additional production. This corrected GDP is a metric that captures the real expansion of creation of goods and services very well.

It includes the production of consumer goods and services, government spending and even investment goods. It also discounts goods that are used as production goods for other goods (‘intermediate goods’).

Four questions about using GDP as a metric

1. Do we all use the same definition of GDP?

It may come as a surprise that countries do not have a uniform interpretation of the GDP metric. Several of the G20 economies have modified their definition of what GDP consists of over the last few years, all suggesting growth of their economies.

For instance, the United States mid-2013 added a couple of variables, growing their economy by 3%, one day to the other. It may be quite valid to add R&D to the equation or even adding future pension payments. There is nothing wrong with that per se but it does render comparing economies impossible.

It is like comparing apples with bananas.
Another example is India, whose GDP grew from 4.7% to 6.9% in 2014, just by modifying the way that their GDP is calculated. Again, there is no blame to India for doing this, but it does illustrate that GDP is not an ‘absolute’ number.

Finally, in the EU, several countries also added parameters to the equation. France refused. We will not tell you what they added yet; read on to find out. So, even within the EU block, different metrics for GDP are used.

2. Do we measure GDP accurately today?

A second question one needs to ask himself is, “Even with different definitions, do we measure GDP properly?” Again, the answer again is “no”.

In order to be able to come to a correct figure, one needs to receive the correct data. This is where things go wrong. By definition, governments don’t have any reliable statistics available on underground economies. So, it is an educated guess at best.

The economic infrastructure varies vastly across the world and not every country is able to gather all numbers, as you need a generally recognised central government to be able to report all statistics.

Countries struck by civil war are already excluded as they don’t receive statistics or taxes from parts of the country. This means that countries like Syria, Iraq or Afghanistan are unable to calculate credible GDPs.

Thirdly, some components of the GDP equation are not objectively measurable.

The contribution of government services like education or health does not have an objective ‘market’ price as it is the government that regulates the wages of teachers and doctors. This means that policy decisions which are by their nature ‘subjective’, have an impact on the GDP metric.

3. Does GDP contain everything that increases quality of life?

Provided one agrees with the fact that are economy should be designed to propel us forward, does the GDP metric take into account the things we find valuable?

Once again the answer is “no”.

GDP as a metric provides an indication of output, irrespective of the fact of whether something is considered to be wanted or not.

So, the first question we need to ask is: what do we want? Only then can we create a statistic to mean something that better encapsulates what we need.

There are also some paradoxes in the GDP calculation. For instance, we do not economically value the hours we care for our children, while if we hire a babysitter or nanny this is considered to be valuable and part of the equation.

If you have children, you know how valuable spending time with them is. So why isn’t this value taken into the GDP? It is a service you provide to another person. You are just not getting formally paid for it.

This suggests a design flaw present across our entire economic system: economy is reduced to money driven transactions, not transactions that create value.

4. Does it measure what we want?

The general public is so used to hearing about GDP that we do not reflect on its contents or its goal anymore.

We need to ask ourselves the question: do we want to measure growth for the sake of growth alone? Aren’t we better of measuring that what improves our quality of life and well-being instead?

GDP does not measure fairness nor the sustainability of the actual production.

It may sound a bit cynical: GDP is better off to have environment pollution as this creates new “production”.

Earlier in the article, we mentioned that several EU countries had added parameters to their GDP, but didn’t tell which ones were added. Well, here it is: Did you know that recently several countries like Spain, Italy and the UK expanded the GDP metric with the production value of prostitution and drugs?

It is understandable that we measure these things for policy reasons. However, do we want the ‘value’ of these activities in our key economic metric indicating how well our economy is doing? 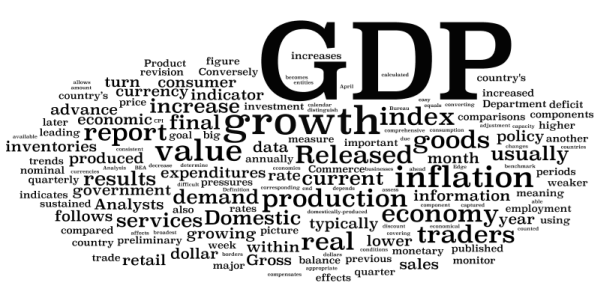 What would it take to have an alternative to GDP?

It is easy to be a critic, but it is probably more valuable to try to find an alternative.

Firstly, let us look at what we would expect from an alternative guiding metric. At its core it should monitor the progress of individuals and the quality of life, so we can improve it. The four key differences with GDP are that:

There are literally dozens of alternative ‘value systems’ available, both on a macro- and a micro-level. We can choose to create a new one, or work from an existing one.

To be clear, this article does not aim to state any preferences; rather, it illustrates what can be considered. Each system will very likely have its own potential flaws or differences. As long as we don’t collectively agree on all what we want to achieve, this will always be the case.

That should not be an excuse to not move forward. Take a look at what exists already!

Gross National Happiness Index – The Kingdom of Bhutan is well known for its alternative economic system focusing on happiness. You can read more about it here.

OECD guidelines for measuring well-being – The OECD, the Organisation for Economic Co-operation and Development, has extensive policy guidelines to measure ‘subjective well-being’ in our economy.

The Prosperity Index – This has been built by the Legatum Institute for 142 countries. It looks at 8 categories and 92 parameters.

The Happy Planet Index – This was built by NEF (New Economics Foundation), a UK think-thank.

The Human Development Index – This is governed by the UNDP (United Nations Development Programme).

We are sure there are many more.

Don’t forget it all starts with just one question: “What do you want in life?” Measure that and we are well on the way.

We redesigned our money system in a way that it supports our quality of life. We call it the Sustainable Money System. Do you want to find out more about it? Go explore the model!