Don’t keep up with the Joneses! Happiness, income comparisons and economic growth

Social comparisons of income don’t allow economic growth to improve people’s happiness. Is there a remedy for this?

Little house shrinks to a hut

“A house may be large or small; as long as the neighbouring houses are likewise small, it satisfies all social requirements for a residence. However, let there be a palace next to the little house, and the little house shrinks to a hut.” This quote, which describes the struggle to keep up with the lifestyles of others, dates back to Karl Marx’s Wage Labour and Capital, published in 1849.

Today, the ‘keeping up with the Joneses’ phenomenon is a well-studied subject in social science. The use of representative, cross-national survey data allowed researchers to answer some of the most fundamental questions related to the tendency to look at our neighbours when evaluating our own material status.

What are the roots and consequences of social comparisons of income? How do they affect happiness on an individual level? Furthermore, how do they relate to economic growth which is seen as a determinant of society’s well-being?

More is not enough, but more than others will do

In order to understand the importance of social comparisons for happiness research, it is necessary to refer to the paradox first described by Richard Easterlin, the founding father of happiness economics.

In his seminal 1974 article, Easterlin explained that, even though the average level of happiness is higher in richer countries compared to the poorer countries, GDP growth is not followed by happiness growth. In other words, there is a positive correlation between happiness and income at a given time, although an income increase will not necessarily cause a happiness increase.

The first one is a ‘hedonic adaptation’: as people become accustomed to improving living standards, an income increase can only have a short-term effect on happiness.

The second explanation is ‘social comparison’: as people compare their incomes with others, raising the incomes of all does not increase the happiness of all.

Easterlin’s message was quite far-reaching: social comparisons of income make economic growth unable to increase people’s happiness. His macroeconomic conclusion has been supported by studies on an individual level, which found that the effect of income comparisons on happiness can be twofold: indirect and direct.

The indirect effect of comparisons relates to the fact that they reduce the positive impact of income on happiness. The income of the reference group, i.e. people of similar socio-demographic characteristics, is about as important as the own income for individual happiness. In consequence, if my income increases to the same degree as the income of my neighbour, my happiness remains unaffected: I will be happier only if the increase of my income is greater than the increase in income of my neighbour. 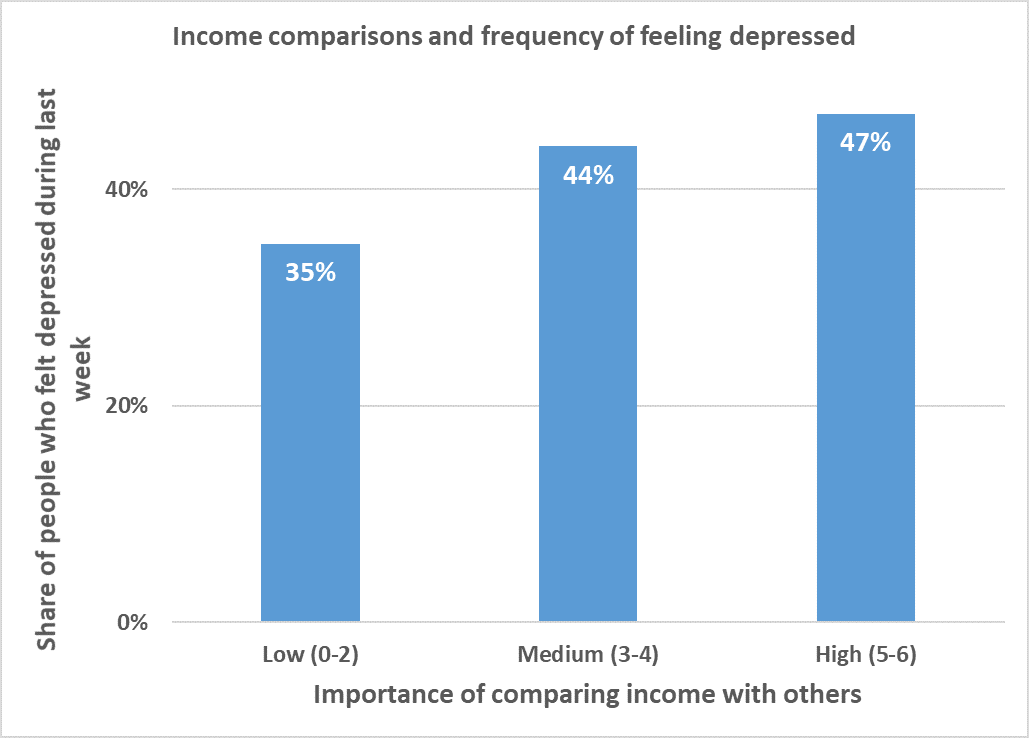 Figure 1. Individuals who declare high importance of income comparisons are more likely to feel depressed. Source: author’s elaboration based on European Social Survey, 2006. Sample: 17,368 respondents from 18 European countries.
Wording of questions:
“How important is it for you to compare your income with other people’s incomes? Answers are indicated on the following scale: 0 – Not at all important, 1, 2, 3, 4, 5, 6 – Very important.
“How much of the time during the past week did you feel depressed?” The answers could be indicated on the following scale: 1 – None or almost none of the time, 2 – Some of the time, 3 – Most of the time, 4 – All or almost all of the time. (‘People who felt depressed’ means people who felt depressed at least ‘some of the time’.)

The study of income comparisons has additionally proved to undermine the theory of a rational economic agent, according to which individuals always tend to maximise utility derived from their own income. An experiment performed in Sweden showed that people, when faced with a hypothetical choice, preferred a scenario in which they earn less in absolute terms, but more than others, compared to a scenario in which they earn more in absolute terms, but less than others. Put differently, individuals were ready to renounce part of their income in exchange for a higher position on the income ladder.

Income comparisons can also have a detrimental effect on the work-life balance. A recent study of a representative sample of Flemish workers established that the wish to increase working hours is driven by the perception of one’s income in comparison to that of others, rather than by one’s actual income.

What are the drivers of income comparisons?

Early social comparison theories claimed that an inborn human tendency exists to evaluate oneself, whereas self-evaluation is often performed through comparisons with the abilities and opinions of others. More recent evidence underlined the role of lifestyle in shaping the comparison mechanisms.

In the world of social media, an individual is exposed to an unprecedented amount of personal information, which may intensify comparisons. It has been found that social media users have a higher probability of comparing their achievements with those of others. Additionally, an experiment performed in Denmark showed that a one-week break from using Facebook is enough for an individual to feel less stressed.

Another important factor for determining one’s propensity to keep up with the Joneses are personal values. Income comparisons are strongly associated with materialism, which is defined as an elevated “importance of acquiring money and possessions that convey status.” Due to the lack of causal evidence, though, it is difficult to establish whether it is materialism that drives income comparisons, or, vice versa, that comparisons lead to increased materialism.

When does economic growth increase happiness?

Social relationships also play a crucial role when it comes to the macroeconomic approach to income comparisons and their relation to economic growth.

An alternative explanation of the Easterlin paradox claims that whether or not economic growth increases happiness depends on its social costs. If the economy continues to grow at the cost of interpersonal relationships and social cohesion, GDP growth will not increase, yet will only decrease people’s happiness.

An example of such a scenario comes from China, which, in the last two decades, has exhibited dynamic economic growth, but at the same time, has had a significant decrease of average happiness. The diminished happiness of the Chinese was caused by declining social relationships and an increasing importance of income comparisons.

More evidence supporting this view comes from data from over forty countries collected over a period of more than thirty years; economic growth has a positive effect on people’s well-being, only in the presence of increasing social trust and decreasing income inequality.

If we look at the happiest societies in the world – those of the Nordic countries – it turns out that economic growth can increase happiness. The conditions for that to happen are the following: reduced importance of income comparisons, combined with low income inequality and high interpersonal trust. 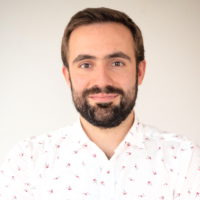