Could a new generation of synthetic drinkable meals be able to provide adequate and affordable sustenance to hungry or malnourished communities?

While synthetic food has been available to consumers since the 1960’s, a new crop of entrepreneurs in a nascent meals preparation start-up scene in Silicon Valley, is now producing companies based on the idea of redesigning food itself to solve the problems of sustainability and healthy living.

In 2013, 24-year-old software engineer Robert Rhinehart was struggling to launch his technology start-up and found maintaining a balanced diet during hectic workdays very challenging. Time spent preparing meals instead of coding was time wasted.  Furthermore, ordering healthy take-out was expensive. He wanted to get energy for his body more cheaply and with less waste.

After extensive biochemistry research, he purchased the thirty-five nutrients that are required for human survival in raw chemical form and mixed them in his kitchen to produce a powder. He then added water and a little oil to create a drinkable, nutrient-rich formula. Soylent was born!

In the space of just one month, during which he lived entirely on Soylent, Rhinehart saw his energy levels rise, his physical appearance and condition improve and his mental performance increase. The time he spent on food preparation was minimised and his food expenditure radically reduced. He decided to launch a crowd-funding campaign to bring his drinkable meal to the masses, and managed to raise more than $2.1 million in pre-orders. By January 2015, his company received $20 million in funding.

The success of Soylent and its apparent appeal to health-focused individuals who are looking to “hack” their way around the drudgery of cooking, has more recently prompted the launch of another drinkable meals company. Ambronite, an upscale organic competitor to Soylent, uses pulverised real-food ingredients and is marketed as an all-natural nutritious meal-drink for time-strapped professionals and adventurous travellers.

Are these new products healthier than other available drinkable meals? Rhinehart suggests that by using Soylent, humans “can be in peak mental and physical condition for less than $3 per meal”. His product is approved as a food by the American Food and Drug Administration (FDA), not a supplement and its nutritional makeup is optimised for the FDA’s guidelines; one package of powder mixed with an oil blend provides a daily dosage of 2,000 calories in the recommended Carbohydrate/Fat/Protein ratio of 50/30/20.

Like Soylent, Ambronite aims to “fulfil daily nutrition recommendations in two minutes”. Unlike its competitor though, it is made of 100% organic, often precious, ingredients. It is packaged in one-meal portions, each one providing 500 calories with 30grams of protein, vitamins, all fourteen essential minerals and fibre. Because Ambronite contains all-natural and hard to procure ingredients, it is more expensive; one portion costs between $8 and $9.

Neither company advocates a liquid-only diet. The goal is for people to use these drinks as a fully nutritious replacement meal when they don’t have the time to cook or, in the case of Soylent, are trying to save money, and to continue to enjoy solid meals several times a week.

Can a nutrient-packed powder offer a solution for malnutrition?

If all the daily nutritional requirements are met, and cost is not a prohibiting factor, could a synthetic drinkable meal be used on a large scale to combat malnourishment in impoverished communities? The answer is not easy.

A low-cost, nutrient-rich synthetic meal like Soylent is a healthier choice than cheap junk-food. However questions have been raised, about the extent to which synthetic food can emulate the beneficial effects accrued by eating from a variety of food sources. Soylent contains all the nutrients necessary for sustenance but excludes various compounds which, though not essential for survival, have been found to produce important health benefits, such as disease prevention.

The feasibility of maintaining a liquid-only diet 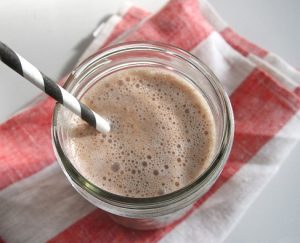 What’s more, for a product to be successful in replacing cheap, unhealthy food, people must be willing to eat it. Reporters who have tried living on Soylent for a month have described it  as “bland”, and  “mildly unpleasant”.  Furthermore, customers who switched abruptly to a predominantly Soylent-based diet reported digestive and dehydration issues during the first days of the transition.

It is also unrealistic to expect someone to stick to a liquid-based diet for an extended period of time. Studies have shown that people who drink their meals instead of eating them, experience decreased satisfaction, the sensation of being full. This can lead to their consuming more calories than the daily requirement.

Since no tests have been done on the long-term effects of a diet based heavily on these new drinkable meals, they are not a proven method for better nutrition. However, similar nutrient-rich products have been instrumental in treating starvation in developing countries. Rhinehart himself foresees Soylent as a product entering this space in the future.

Soylent, is cheap, easily transportable, customisable, and has a long shelf life. Its animal-free contents will not burden the environment if it is produced in a larger scale.  And while it still relies on agriculturally grown ingredients (maltodextrin, rice protein, oat flour) for its fat, protein and carbohydrates, the majority of its vitamins and minerals are mined or synthesised, not harvested. It is therefore less affected by climate change and fluctuating crop seasons, two factors that adversely impact food availability and can cause starvation in developing countries.

But Rhinehart’s vision for his product is even bolder: for Soylent version 1.2, his company eliminated fish oil from the blend and began harvesting the requisite fatty acids directly from algae cultivated in large fermentation tanks. He told the New Yorker magazine that in the future, to help a village full of malnourished people, “you could just drop in a shipping container” full of Soylent-producing algae. “It would take in the sun’s energy and water and air, and produce food”.

There are of course caveats. First, Soylent’s dependence on water to become edible would be an obstacle to distributing it in areas where clean water is scant. Furthermore, existing nutrient-rich products aimed at combating starvation have been designed with consideration to the eating habits of the target population. A product created for busy software engineers in Silicon Valley might not meet the needs of different population groups.

This new generation of drinkable meals present a healthier alternative to other supplements and energy drinks and could prove helpful in the fight against starvation and malnourishment in the future. Most people agree that sustenance could be achieved on them. The question remains, would it be optimal?

Want to find out in what way food impacts our quality of life? We got you covered! Find out more about food and surviving.