SuMSy, we’re getting there … with the help of the ECB

When people are introduced to the Sustainable Money System (or SuMSy), an alternative monetary system that we have developed, they often react by saying that it’s nice, but they don’t think that it’s feasible.

As a matter of fact, its implementation has already started, at the European Central Bank (ECB) no less! Admittedly, their implementation is currently only for banks and it’s only a partial implementation, but this is just the beginning.

Here’s what is happening:

The ECB announced that they will restart injecting money at a rate of 20 billion euros per month. They can do this by printing money, debt free, to buy bonds from banks. These bonds have been printed by governments and are bought by commercial banks, either directly from their government or from private investors who have bought them from governments. These bonds are essentially created out of thin air and the banks trade them for money, which is also created out of thin air, for a profit of course. This profit generates a sort of guaranteed income for the banks, which is very comparable to the guaranteed income you’d get with SuMSy. The main difference is that you don’t need to go through the hassle of bonds to get your guaranteed income from SuMSy.

The ECB charges a 0.5% negative interest rate on excess bank reserves, which is the same as the demurrage (also a type of negative interest) charged in SuMSy. This interest is used to pay for the working costs of the ECB at first and the excess is distributed throughout the member states. Let’s consider the ECB, which oversees the monetary system, and the governments, which serve their citizens, as projects for the common good. This is the same structure as in SuMSy. The difference is that these projects for the common good are more concretely defined in SuMSy, so you have a better idea of exactly where the money is going (e.g. education, healthcare, environmental care, etc.) and, when there is not enough money to execute these projects adequately, extra money can be created. Other than that, it’s the same.

The ECB announced that, in order to alleviate the effects of this negative interest (i.e., the demurrage), they will introduce a two-tier system, where the first tier is exempt from the 0.5% demurrage. This is exactly the same as the demurrage-free buffer in SuMSy.

Our thanks go to Mr. Draghi for showing us that SuMSy is not such a crazy idea after all. 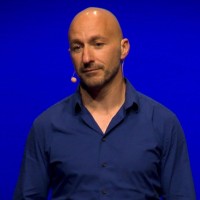