Roof Food and the city of Ghent really enhance each other

The city of Ghent is an ideal model for many national and international cities because of its sustainable food strategy. The city likes to present Roof Food to the rest of Belgium and the outside world as an inspiring, innovative initiative.

Lieta Goethijn works for the Environmental and Climate Services of Ghent and is jointly responsible for ‘Gent en Garde’ (Ghent and Whisk). With this food strategy, the city wants to make the food system in Ghent more sustainable, not only from its production, but also through its processing, distribution, consumption and waste processing. 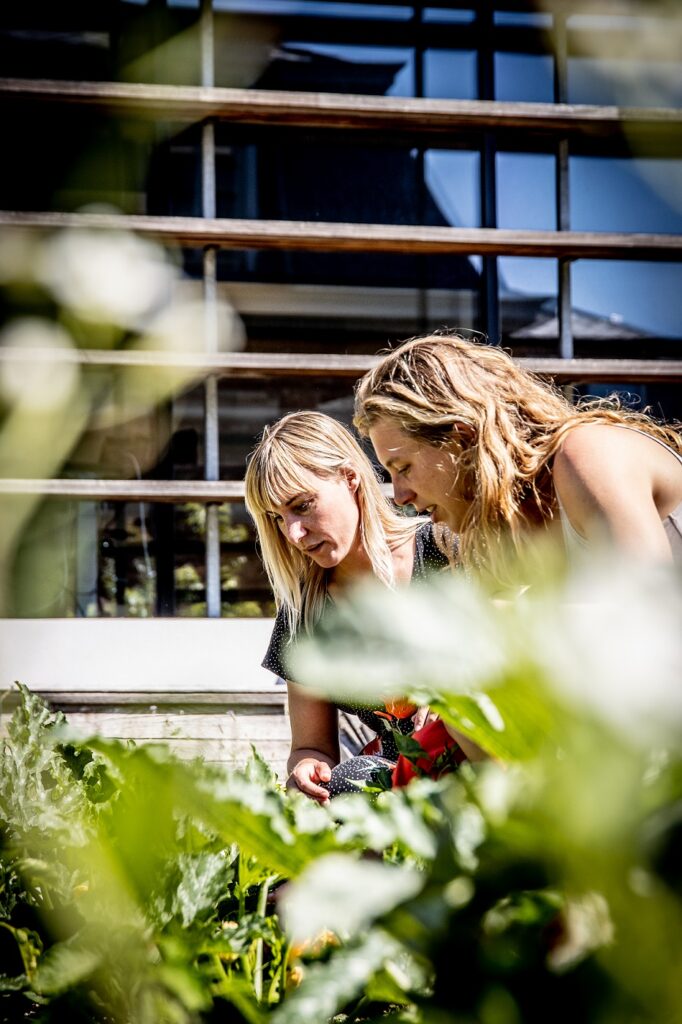 Lieta: “Urban agriculture and local agriculture each play an important role in this. As a city, we stimulate all kinds of short chain initiatives. For example, we have supported citizens who wanted to set up an urban vegetable garden together, as well as their neighbours who wanted to grow fruit trees. For the last two years, our Food Council has had its own budget, intended to give a boost to innovative and sustainable food projects.

We have already learnt about a lot of great projects, such as an entrepreneur bringing organic vegetables to the city on a solar-powered bio-boat or a farmer growing micro vegetables in an old greenhouse. We capture what is happening in our city in terms of sustainable food production, and we then organise networking events to bring our entrepreneurs together.”

Sabien: “These events really do add value! There is a lot going on in Ghent in the field of sustainable food. However, I’ve noticed that I don’t work so much with other short chain players myself. In our business, everyone works on their own little island. Everyone is busy with their projects and we rarely have the opportunity to meet each other, particularly during the Covid-19 era. It’s great that the city is taking a leading role in bringing partners together”.

Sabien: “As an organisation, it is also helpful to have a clear point of contact within the city. It’s very frustrating when you don’t know which service to choose and are then sent from pillar to post. I’m finding this demotivating. Lieta keeps us informed about potentially interesting partners, subsidies and opportunities. It’s great that the city of Ghent knows Roof Food so well, knows what we stand for and the direction in which we want to go.”

Lieta: “The opposite applies as well. For us, it is important to know what is happening in Ghent and to appreciate the initiatives such as Roof Food. Internationally, Ghent gets a lot of attention when it comes to its food strategy. As a city, it’s good to be able to put forward a lot of great initiatives and Roof Food fits the bill perfectly.

We regularly send foreign visitors and other people who are curious about urban agriculture to projects such as Roof Food, and all the positive reactions we have received show that this has been a huge success! This way, we can benefit from each other: the city of Ghent helps innovative entrepreneurs such as Roof Food to raise their profile, and vice versa.” 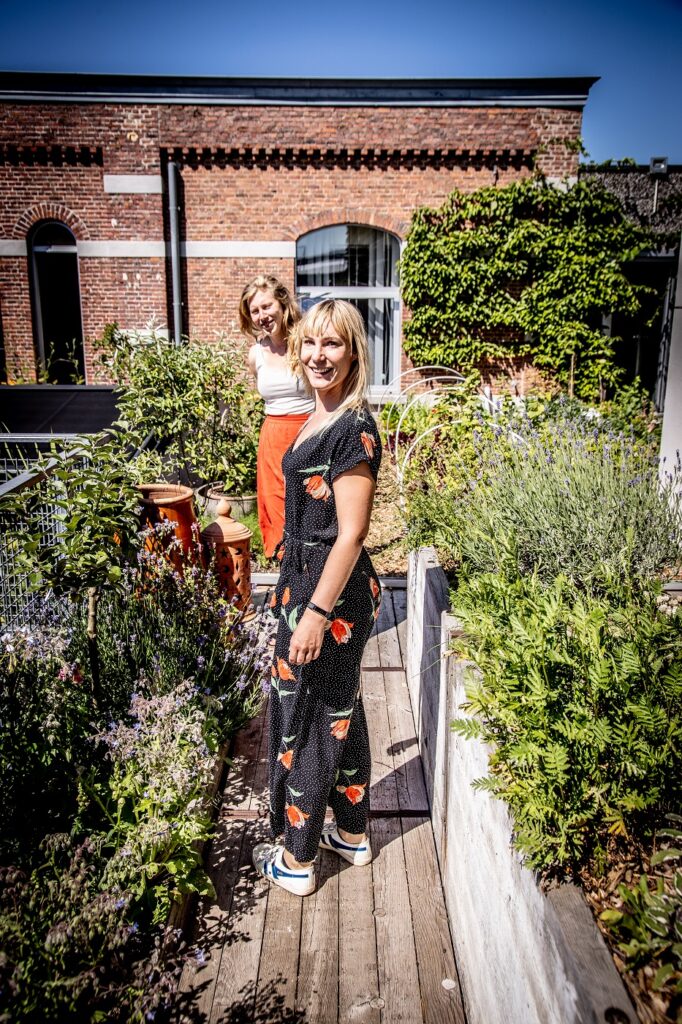 Sabien: “The city of Ghent has indeed given Roof Food a great deal of publicity and visibility, particularly through its social media channels and the city’s magazine. However, the link with the city goes back even further, as Ghent puts a lot of effort into green roofs and also provides substantial subsidies for their construction. De Punt, the business centre whose roof on which we’re based, has also received this subsidy.

Lieta: “Indeed, green roofs are a key part of life in Ghent. If they want to respond to the effects of climate change, then cities must focus on green roofs. These green roofs cool down in the city and buffer rainwater, and part of the precipitation is retained, serving as food for the plants, another part evaporates and provides natural cooling. This is important, especially considering that the urban heat island effect makes it hotter in the city than in the countryside.

Many roofs are not used efficiently in Ghent, where space is already so scarce. If we can use those black asphalt surfaces for urban agriculture or for green roofs, we will have taken a big step towards being a city of the future. Ghent’s authorities are happy to provide subsidies for the green roofs. The amount depends on quality and biodiversity. People can achieve several objectives with their roofs. It’s nice to see that they have a cooling effect, are good for biodiversity and water management, and with a bit of luck, you can also spend more time on them. Talk about a win-win situation!”