How many friends would you say you have? Friends as in anyone you know and have repeated social contact with. Take a minute to carry out a rough mental head count, taking anyone into account you’d make an effort to contact, say, at least once a year. According to Robin Dunbar, British anthropologist and psychologist at the University of Oxford, your sum total will range between 100 and 200 people – as will everyone else’s.

Dunbar’s Number can be defined as the number of people with whom we can simultaneously maintain a meaningful relationship. The most commonly cited approximation for this number is 150, which can be divided into a series of social networks:

Anything beyond 200 would become too complicated to properly maintain, resulting in less profound relationships across the board. Note, however, that the composition of these groups is fluid; over time your friends can drift between circles, sometimes even disappearing altogether.

Dictated by our DNA

So what does this tell us about the way we humans interact socially? As Dunbar explains, it all boils down to biology. Along with apes and monkeys, humans are members of the primate family. As it turns out, our social flair (which we primates all have in common) is in fact our key evolutionary strategy. Group living and communal solutions to challenges are a big part of the reason we have thrived as a species. Most birds and animals simply aren’t as intensely social, often limiting their social relationships to pair-bonds.

The Dunbar Number is believed to date back 250,000 years, when anatomically modern humans first appeared.  Anthropological and historical records show that the average size of modern hunter-gatherer societies came down to that magical number 150, over and over again.

Why? Two main possibilities: it could have been the perfect size to defend the community against rivals over the hill, or it could have been an effective way to ensure an extended trading network on which to call in times of need. According to Dunbar, a network of 150 people is what it takes for you to feel part of a community, offering you a sense of belonging.

Since the advent of technology, we now have the almighty Internet, which, along other by-products, has spawned long lists of Facebook friends and Twitter connections that often exceed the 150 mark. Does this mean technology could be making us more social, enabling us to start up and maintain more friendships than ever before?

Dunbar says “No”; the only thing that technology actually does, is allow us to keep up with friends who would otherwise disappear on one hand, slowing down the rate of “friendship decay”, and meet people we might not otherwise have the chance to meet on the other. So when people keep adding new friends to their social networks, all they’re really doing is adding a friend of a friend of a friend, i.e., creating more and more acquaintances, which lack the depth of an actual friendship. As research points out, the only way to true, meaningful friendships is currently still the same as it ever was: good old, face-to-face interaction.

It would appear that, for now, Dunbar’s Number remains constant. Only time will tell how relevant it will continue to be in a world where virtual interactions become increasingly dominant.

Want to find out in what way our friends impacts our quality of life? We got you covered! Find out more about friendship and connecting. 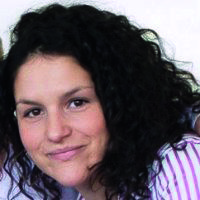