“De Punt is like a second home for me”

When Sabien was looking for a suitable location for her Roof Food vegetable garden in 2014, she heard that the De Punt Business centre had plans to construct a new building. As soon as Sabien had the first conversation with the management at the time, she knew that she was at the right place. The feeling was definitely mutual and the current director, Piet Lietaer, has not regretted that decision for a second.

De Punt Business centre, which is on the outskirts of Ghent, is so much more than just a collection of offices, flexplaces and meeting rooms. It is a centre for entrepreneurs with entrepreneurial ideas, with a special focus on supporting companies that do social and sustainable business. De Punt does this by offering financial support and training in social entrepreneurship. These were two opportunities that were also seized by Sabien. 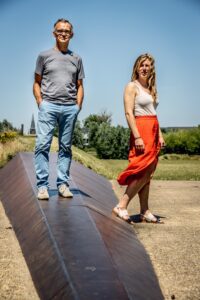 Piet Lietaer: “From the beginning, there was a clear match in what Sabien wanted to achieve and what we want to convey as a company. We want to be a growth platform for entrepreneurs who have impactful ideas and we place an emphasis on social and sustainable entrepreneurship. When Sabien presented her idea for a roof vegetable garden and talked about the possibility of organising guided tours and involving the neighbourhood in the business centre, we thought that Roof Food could bring added value to De Punt. We saw that Sabien has strong communication skills and were confident that she could provide the necessary publicity, both for Roof Food and, indirectly, for us. At Sabien’s request, we then adapted the plans for our new building project and turned it into an intensive roof.”

Piet: “Now, four years later, our aspirations have turned out to be more than correct. In terms of appearance, Roof Food has become De Punt’s business card. Many people have discovered De Punt thanks to the activities of Roof Food. A business park sounds very boring, as people don’t have a clear understanding of what we really are. For us, the roof vegetable garden is a way of highlighting our green and social characteristics. External organisations have found their way to us when they never would have come here otherwise. Roof Food look after the catering at events
that take place here. Another positive is that events have been organised here because of Roof Food.”

Sabien Windels: “De Punt is the coolest business park I know, and for me, it feels like this is my second home. Yesterday, for example, I was working downstairs on the patio. I chatted with passers-by for about an hour and a half. Even though I wasn’t able to finish my work, three good ideas came out of it in the end. For example, I talked to someone from Group INTRO, a social employment organisation working towards an inclusive labour market. Sometimes their couriers have less work, so they’re able to water our plants, for example, when Jonathan and I are not here. I really like that kind of interaction. There is a lot of cross-fertilisation between the different organisations here, which is not always that apparent in the world these days.” 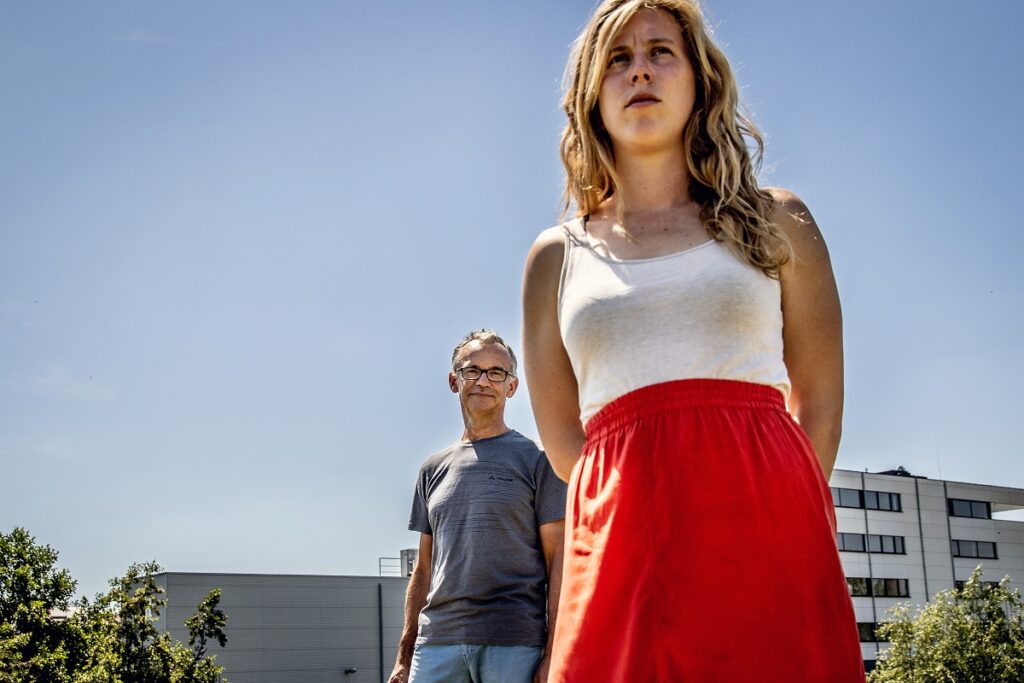 Sabien: “What I like about De Punt is that they apply long-term thinking. This can be felt in all areas. We regularly sit down with the De Punt management to discuss new ideas or projects. Anything and everything can be discussed. Our trusted bond makes it easier to set up new projects, even though ideas are sometimes discarded, of course. For example, after consultation, the conservatory on the roof did not turn out to be a profitable plan, so the idea was discarded.”

Piet: “In all these years, there have actually only been a few conflicts. There have been some discussion points along the way, yet that is only normal. We have both social and traditional businesses here at De Punt.” He smiles and adds, “The latter sometimes wonder what’s going on there on that roof. In actual fact, I have only heard positive comments from these businesses as well.”

Sabien: “One of the people with an office right next to the vegetable garden recently told us how calming it is to see Jonathan working in the garden. He would not leave here even if they paid him, which makes sense really, because if it wasn’t for Roof Food, he would be staring at rubber roofing all day. In that respect, Roof Food is a win-win for everyone.”