The Power of Music

Music has been around forever. Does it have any other benefits besides making you feel good when you listen to it? Research suggests that it does a lot more than that and that it actually can have a therapeutic effect as well and that it can also improve your learning skills. 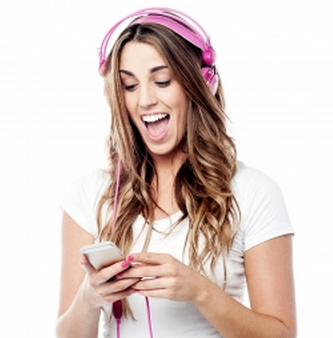 It’s always fun to listen to your favourite song. Beyond the great feelings it evokes, it can bring back fond memories. Why is this? What happens in your brain?

The results indicate that while listening to our favourite songs, the auditory part of the brain connects to the part that is responsible for memory and social emotions – called the Default Mode Network or DMN. When this happens, your brain reprocesses the good memories that you have previously associated with this song, making you actually relive the moment and the good feelings you associated with that song. You probably have experienced this before where a song made you think back about a fantastic holiday.

But what happens when you listen to new songs? When it’s a song you like those two parts of the brain starts collaborating again. They form new connections and you have a new favourite song. So this is a continuous process that keeps giving you a way to reinforce your favourite moments.

The results of the research also showed that this memory processing can have a therapeutic effect. The DMN I mentioned above supports empathy and self-awareness. Listening to music you like can actually trigger your DMN and improve your empathy and self-awareness. This could be very important for people with neurological challenges, such as autism, and neuro- degenerative disorders, such as Alzheimer’s disease. It can also reduce anxiety and depression. The type of music doesn’t really matter. It could be Beethoven or Eminem, as long as you like it, the effect will still be there.

Music therapy has been around for a while. In Greek mythology, Apollo was the god of music and medicine, so they already saw the link between the two. The Nordoff-Robbins music therapy was developed in the nineteen-fifties by Paul Nordoff and Clive Robbins for children with psychological, physical or developmental disabilities and was based on the fact that they saw disabled children responding positively to music. The focus of the therapy is on the creation of music by the therapist and patient together. In the Eighties, Gertrud Orff developed the Orff Music Therapy. It is based on accepting the child’s ideas and initiatives and to interact with the child at this level and help him/her to acquire new competences.

Another interesting fact is that adolescents can benefit from listening to music. It helps them form their identity and relate to other adolescents. The digital revolution in the music industry has made music more easily available to them, which can be seen as a positive effect of the whole technology revolution.

So far I have only talked about listening to music, but what happens to your brain when you play music? Here, the effect is even more profound. Your whole brain will actually light up when you’re playing a musical instrument.

It also has a positive effect on the developing brain. Ani Patel, an associate professor of psychology at Tufts University and the author of “Music, Language, and the Brain” states that “there’s now a growing body of work that suggests that actually learning to play a musical instrument does impact on other abilities.” These include speech perception, the ability to understand emotions in the voice and the ability to handle multiple tasks simultaneously.

This is further confirmed by research at the Northwestern’s Auditory Neuroscience Laboratory that compared the effect on children when listening to music versus actively playing music. Nina Kraus, their director stated “it is only through the active generation and manipulation of sound that music can rewire the brain.”. It also grows your brain and preserves it better. Meaning that you will actually age better.

It’s never too late to start playing music. Recent research by Jennifer Bugos suggests that even if you start playing the piano at an older age, you will still see a benefit after six months. So, there are no more excuses not to play a musical instrument; nothing states that you have to be good at it in order to reap the benefits, as long as your neighbours don’t complain.

Thank you for the music

I would like to end by quoting ABBA’s song ‘Thank you for the music’. It is indeed a great thing to have music. It not only makes you feel good; it helps you to reinforce your good memories, can have a therapeutic effect and actually improves your brain.

Want to find out in what way music and being creative impacts our quality of life? We got you covered! Find out more about being creative and letting go. 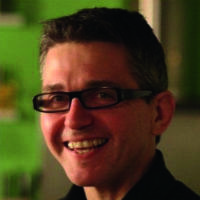