Migration, an economic asset to an ageing population

Migration is a phenomenon that has been around for centuries. Groups of people have migrated for different reasons throughout history, reasons such as:

Migration is something that is naturally part of an ever-changing world. There will always be events that force groups of people on our planet to look for their safety and the fulfilment of their basic needs elsewhere.

The current refugee crisis is no exception. Thousands of refugees are pouring into Europe on a daily basis, fleeing from the violence in countries such as Syria and Afghanistan.

What the demographics tell us

The large majority of refugees are usually young, healthy and ambitious people, who are trying to make the best of their situation and who are anxious to rebuild their lives, either back at home or, if that is not possible, in a new country.

Opportunity instead of burden

German officials have announced that they are willing to accept around 500,000 new refugees each year.

Why are they doing this?

The answer is fairly simple: Germany doesn’t see the large influx of young refugees as a threat or a burden, but as an economic opportunity.

Germany has a long history of foreigners coming into the country and representing a net positive for its economy. There are almost seven million foreigners living in Germany who pay more in taxes and social security than they receive in social benefits. In 2012, this created a surplus of twenty two billion euros for Germany.

With an ageing and shrinking population, Germany hopes that welcoming refugees will boost population growth, increase the workforce, stabilise the state pension system and increase the demand for goods and services, especially in areas which have a declining population.

Furthermore, the ageing of the population does not only affect Germany. In fact, the European Commission believes that the ageing of Europe is one of its most serious social and economic challenges. More than one fifth of all Europeans will be at least sixty five years old by 2025, which will put a great pressure on social services and health care.

Looking past the initial costs

Recent studies performed in the United States support the expectation that refugees can make a positive economic contribution to their new country.

For example, the Refugee Services Collaborative (RSC) of Greater Cleveland spent about $4.8 million in 2012 as they helped refugees become established in the area. However, the economic impact of those refugees on the community brought in about $48 million, roughly ten times the initial resettlement costs.

The same study also showed that “refugees are more likely to be entrepreneurial and enjoy higher rates of successful business ventures compared to natives.”

A study performed in Denmark in 2014 showed that that the refugee population in their country ultimately had a positive impact on local wage gains.

Migration as an economic asset

More and more studies have suggested that developed countries who have sufficient employment opportunities available, can effectively bear the high costs associated with getting refugees settled in and can potentially benefit economically from opening their borders to them.

A generous immigration policy, where refugees are given the opportunity to reach their full potential, is likely to be the most positive policy for all people involved.

The essence of migration

We have seen that refugees can be assets to our economies. However, although there are many people in the West who are entrenched in a cost/benefit analysis, this should only be a secondary concern. Money should be secondary to people’s survival.

Above all else, we shouldn’t forget that these people are just like you and me, even though they speak a different language and have seemingly different habits to ourselves.

People are fleeing their country because they are worried about the well-being of their families and our societies are materially and socially better off than theirs. So, whether we like it or not, people will keep looking at what they can have. They will keep fleeing and looking for a better life. The only way to solve this issue is to help them build a society as good as ours.

If people were happy at home, they wouldn’t want to leave it…

Want to find out in what way basic comfort impacts our quality of life? We got you covered! Find out more about basic comfort and feeling at ease. 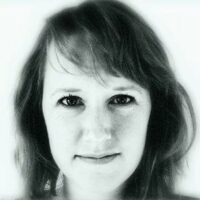