Debt Jubilee: A Moral Solution for the Economy

Thousands of lives have already been claimed by Ebola; health workers all around West Africa are fighting to treat and contain the disease not only without having been rewarded in months, but also at great personal risk. However, the IMF and World Bank are still claiming their million dollar debts from the affected countries, such as Sierra Leone and Liberia. One can only wonder if there is maybe something inherently immoral to this situation.

The biblically-inspired debt jubilee concept has become increasingly popular in the modern day society. The reason is simple: for more than a decade now, we have been faced with a crumpled global economy that has fallen into a deepening debt trap. Recent global disasters, such as the Ebola outbreak to the equation, only make things grimmer. So, the common souls seem to have found a solution with the potential of making us feel at ease, which is something truly essential in the world of Happonomy.

The modern day concept of debt jubilee is derived from the Old Testament’s jubilee year and implies the forgiveness of all debt obligations, like a new beginning, if you may. That is one appealing idea, isn’t it? Not having to worry about money, or at least thinking of it in more productive and economically encouraging terms, rather than simply as already foregone to someone else as a debt payment, is an appealing idea, isn’t it?

It is some economists’ belief that the restructuring of debt is the only viable solution to fixing the underlying issues behind today’s economy: too much debt, at both consumer and governmental levels. Therefore, whether we are talking about the forgiveness of excess mortgage and credit card debt in the USA, or about pledging for the forgiveness of Sierra Leone’s debt to the IMF, some believe that the potential of a debt jubilee is just as high.

The Morality of a Debt Jubilee

Let us look at some of the arguments that debt jubilee supporters bring to the table. First, a debt jubilee would lead to the redistribution of money, whereby, instead of being used for debt payment, money is used for the purchase of goods and services. In simple terms, such behaviour would lead to economic growth. It is, indeed, much easier to grow from an already positive point rather than constantly worrying about the deepening debt slum.

Second, the debt jubilee is as much of a moral concept as it is economical. There is nothing wrong with thinking of practical notions such as debt payment with a more principle-based mind set. However, some may say that morality has nothing to do with the economy. In a world of Happonomy, I beg to differ. There is a moral dilemma here and it is directly associated with the practicality of economic concepts. Take the Ebola outbreak that was mentioned in the beginning of this article. Wouldn’t better use be made of funds if they were dedicated towards the fight against Ebola or are they more valuable as a debt payment source to lenders?

On the other hand, debt forgiveness for those who were reckless enough to put themselves in such a situation in the first place, can also be seen as immoral and rather unethical. Who is to say that a one-time free pass does not encourage future haste and recklessness? You can see now how we are not only faced with the viability of an economical solution to increasing debt, but also with that of a moral one.

While debt forgiveness remains a foreign concept to many countries, societies and governments, there are some recent adopters. For example, Croatia has decided to forgive the debts of 60,000 poor citizens in an attempt to refuel the economy and trigger economic growth. Those with minimal household earnings will be able to qualify for the forgiveness of their debts to banks, telecom operators, utility companies and even the tax administration. How this measure will impact Croatia’s economic stability and growth is yet to be seen. Nevertheless, Croatia’s political officials were clear about the “one-time” nature of this act of goodwill, regardless of its results.

Greece is another country who has dabbled with the idea of debt forgiveness, albeit with much more negative reactions. In the case of Greece, some may argue that the utter recklessness that brought the country into its dire situation should not be repaid through a debt jubilee.

There are numerous cases and situations that can be quoted here as possible scenarios for a debt jubilee. However, it is most important for you to give debt forgiveness the warranted attention as both an economical and moral concept, as it is a viable solution whereby all parties will eventually have something to gain. It represents a new beginning, a fresh start, a second chance and the ability to start over. These are all notions without which happy people cannot thrive, or even exist.

Want to know more about money? We got you covered! We designed a new and sustainable monetary system which would make debt jubilees a thing of the past. Go check it out! 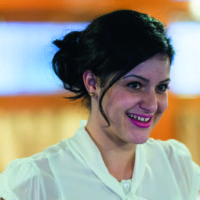