Historically, repairing our bodies has been a task of nature and regenerative medicine.

Now, we create prosthetics and we have machinery replacing the function of our intestines. Did you know there are companies working on things like artificial hearts?

Too often still, the original part is considered to be better, though with less hassle and better functions. That may just change over the next two decades.

With the invention of bioprinting and further rise of bionics, we may be able to grow and build new ‘spare parts’. Combined with 3D printing – which can be used to print the hardware parts like ribs and knee caps – we can potentially make robust and advanced new body parts.

Within a decade, we may have people who will be responsible for ‘growing’ these new organs for wounded persons or people with an illness. If this is something that we would want, maybe we can even create parts for healthy people who are looking for upgraded bodies. 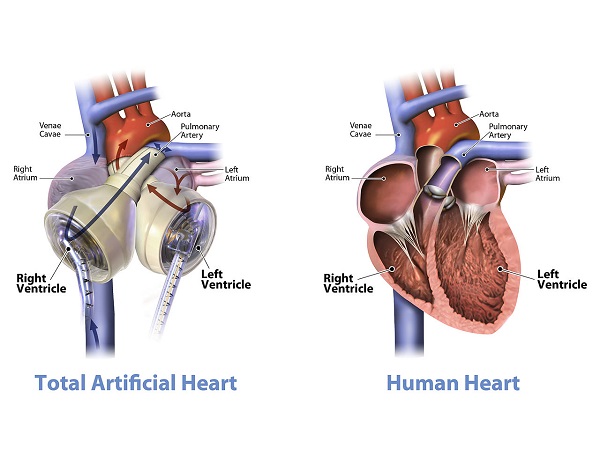 What does a body part designer do?

The job of a body part designer would consist mainly of ensuring that all raw materials for the body parts are present and that a ‘growth schedule’ is kept.

Obviously, they would also need to interpret sensorial data from organs currently growing to ensure a proper high-quality delivery. That being said, software could take up that role as well.

Since every body part needs to be personalised, the body part designer would need to have a thorough understanding of DNA, its encoding and advanced body part design software. They would also have to monitor testing of these body parts to ensure that the part is functioning properly under a variety of circumstances.

Finally, the body part designer would also provide feedback to surgeons via video-conferences when they are replacing the body part.

Needless to say, replacing body parts remains quite invasive as it requires surgery. For certain cases, nano-medicine may prove to be more interesting as it doesn’t require incision.

Apart from the practical obstacles, a bigger question needs to be answered about how we are going to react to these ‘cyborgs’. Obviously, when no-one notices, for instance when an intestine is replaced, the problem solves itself. It’s a totally different thing when you see people with a bionic arm or hand.

People remain highly influenced by the opinions of others (maybe you remember the “Glassholes” wearing Google Glass), so it remains to be seen if this will touch base with people. Although people show empathy towards robots, we may not show that same kindness towards ‘real’ human beings.

So, what do you think? Could this be a job of the future?

This is an article from the section “Jobs of the future”. Its aim is to challenge us to think what could be the jobs of the next decades. We realise that some examples may sound far-fetched but keep your mind wide open, twenty years ago, one could not have expected that there are now businesses built on replacing cracked cell-phone or tablet screens either.